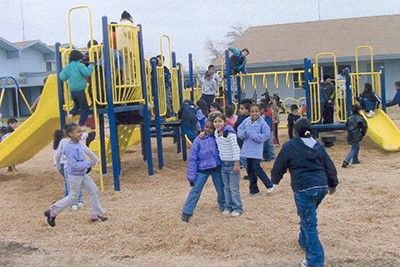 Why do the most well-thought out plans in education dissolve at contact?

I have been principal for 10 plus years. Recently I took a central office administrative position as the director of curriculum and instruction for the past two years.  The contrast of positions left me reflecting on my role as an educational administrator. I was no longer in the circle of fire. You site administrators know what I mean – the parent is waiting for you, one school bus is running late, the math teacher’s room is too hot, there is no sub for the social studies class. After fixing all these daily challenges (all before the start of the first period school period). I was left with a sense and feeling of accomplishment. Experience and research say such are actions not enough; necessary and important but just not enough.

Leadership actions, on average, rank just below the typical mark or hinge point in their impact on student achievement. John Hattie uses a common scale, the effect size, to rank the practices in education. In his extensive synthesis of research, he discovered that the practices yielding a .4 effect size (the hinge point) or higher, equated to students making one year’s gain (or more) for one year of school. Vivian Robinson used the same measurement when she conducted her synthesis around the impact of leadership on student achievement. Vivian discovered the dimensions associated with an instructional leader impacted student achievement considerably more than the dimensions of a transformational leader or “other” types of leadership. When you unpack these types of leadership, you being to discover that the impact of leadership really varies, depending on how we spend our time.

In Malcom Gladwell’s Revisionist History Podcasts, he re-examined different periods of history, offering viewers alternative explanations. In the podcast, The Big Man Can’t shoot, Wilt Chamberlain scored 100 points for the Philadelphia Warriors win over the New York Nicks in 1962 in Hershey, Pennsylvania. This is one of the greatest records in national basketball. Furthermore, Wilt Chamberlain, a poor foul shot player, made 28 of his 32 foul shots that night, more than doubling his foul shot percentage this game. What attributed to his highest scoring record game, his high percentage foul shot night, and his highest scoring season ever?  He had no specific plan on how to win these games. He just knew he wanted to win the game. The difference that game, and that season, was that Chamberlain shot his foul shots underhand: granny style as they say in basketball.

Rick Berry, one of the greatest foul shooters of all time, explains from a physics standpoint, that shooting granny style is a much better way to shoot. Better, meaning our arms hanging down is a natural state and therefore a more relaxed position. Also, when one shoots underhand, the shot is softer. The softer bounce increases the odds that the ball will go through the hoop, even if slightly off course. From a psychologist’s point of view, shooting underhand is stifling when standing in front of millions of fans, and standing before your teammates.

Administrators are hired to transform schools and districts. School board members and parents expect us to manage the facility, align the budget, give teacher autonomy, and ensure the hallways and classes are safe and clean. School board members and parents believe such actions are highly related to their child’s growth and achievement. I can remember as a school building principal spending most of my hours in just those ways. These daily routines and plans were tangible and doable. I received accolades from the parents, staff, and even my superintendent. To my surprise, these actions actually have a low impact on student learning and student achievement (Robinson, 2011). Such planning is the overhead foul shot of leadership, appealing and necessary at times, yet scientifically insignificant. (Or yet yields a low shooting average for the season).

In the army, the generals and colonels similarly scheme all the finite maneuvers in training and in preparation for battle – deciding on the equipment to use, simulating how to approach the enemy, studying the layout of the land.  The army’s extensive planning is remarkably commendable. While plans are a necessary part of preparing for battle, they often do not work on the battlefield. Colonel Tom Kolditz states, no plan (and preparation) alone survives once in contact with the enemy.

While education is not life or death like the army, educators and leaders have a moral responsibility to ensure at least one year’s gain for every year of schooling. There are too many unpredictable variables like the weather turning or the staff and teenagers responding differently than anticipated, and a plan then fails within 10 minutes.

A person does not need to be enlisted in the army to resonate with Colonel Kodlitz’s message. This is our reality in education as teachers and as leaders. The greatest and most well thought-out plans dissolve once in contact with staff or with teenage students. While the plan may not fail, human behavior and thought inevitably alter the plan of action. I cannot tell you the number of times I designed various supervision schedules or bell schedules, only to come in contact with the staff and students and have the script be rewritten.

In the 1980s, the army developed a new approach for battle called Commander Intent approach. The army clearly designed and communicated its intent and outcome for battle. The army moved away from designing every scenario, and moved towards relying heavily on skills, knowledge, and the attitude of the foot soldiers and captains to react and respond to the enemy in a way that achieved the desired intent and outcome specific to each particular encounter. One such particular outcome of a general was to protect the soldiers of the third brigade while they crossed the line of enemy fire.

In education, it is easy to lose our way in the noisy halls, the chaotic playgrounds, and menial staff meetings. Clearly defined goals and expectations anchor us to our core reason: we are in the business of learning and teaching. The teacher practice called teacher clarity, deliberately teaching students the intended learning as well as intentionally demonstrating the learning expectations can double the rate of learning.  Just the same, leaders who clearly and consistently communicate the district goals and expectations can advance student learning a few notches over that hinge point. (strategies impacting student learning at a .4 effect size has been defined by John Hattie as the hinge point, representing one year’s of academic growth).  Similarly, instructional leaders that develop their staff’s knowledge and skills aligned to those goals and expectations, through professional development (and collaboration), can also double the rate of learning. These types of actions can be the granny shot of leadership, scientifically sound yet awkward in public.

Moreover, as leaders, we can continue to confidently step up to the foul line. All research points to high impact leadership when we routinely gather evidence, analyze our current reality, and respond in ways that bring us closer to our desired result(s). Again, a school or district behavioral plan is a necessary component in setting the stage for high levels of learning in our schools and districts; it just cannot be the only response. Knowing our impact and that of the people in our building is the ultimate arsenal to ensure one year’s growth, or more, each and every school year. While our district strategic plan may alter once in contact, our skilled and driven staff can advance toward the end game.

Vivian Robinson, C. A. (2008). The Impact of Leadership on Student Outcomes: An Analysis of the Differential Effects of Leadership Types. Educational Administration Quarterly, 635-674.